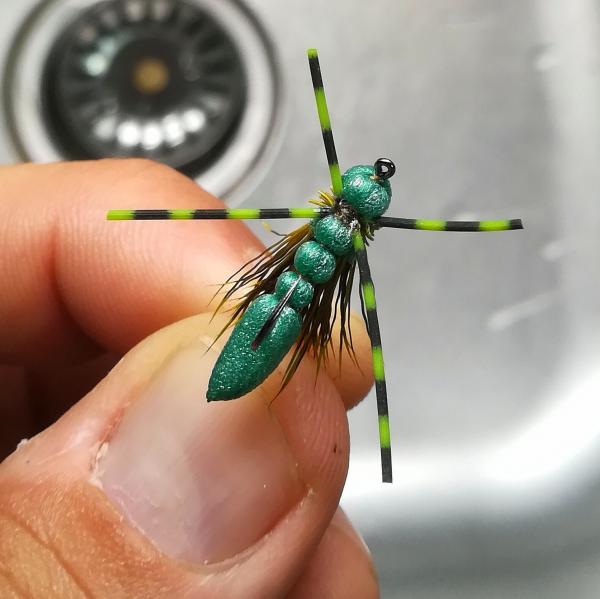 Few things in life can be as satisfying as watching a big brown slowly swim up to a hopper and eat it. The first time it happened to me I totally lost my cool and pulled the fly out of the fish’s bek (mouth). I must have put up a helluva commotion because my friend Rex Fey thought a Puff adder had nailed me. Luckily, I had the sense to pop the fly back into the zone. The fly landed right next to the branch of a Nchi shi (ouhout) bush hanging over the water. Surprisingly the fish came up again except this time I was ready. The big jaw enveloped the fly, I kept it together, gave the fish a few seconds to get comfortable and struck. It was so poetic I almost felt guilty striking. I was lucky. Big fish rarely give you a second chance.

Hoppers are cool. Fish will often cover distances to eat them. I’ve seen it time and time again where a fish will literally sprint across a pool to come nail a hopper.

The Easy Peasy Hopper was my attempt to create an effective hopper that took the gymnastics out of the tying. I wanted a fly with all the bells and whistles but something that was quick and easy to tie at the same time. I couldn’t but help get the feeling that the majority of the hoppers I was seeing were very much over engineered. Cool and all if you’re tying them to impress your friends or for mere kicks, but not so cool if you need to churn out a hundred for your upcoming trip to Lesotho.

The other thing I’ve noticed about local hoppers is that they’re generally fairly streamlined, delicate-looking even. Most guys tie them far too bulky. I guess we’re influenced by the myriad of hoppers we see in books and on social media which to my mind fit more in the locust category! In rivers where fish see lots of flies, thinner more streamlined hoppers will do better than the chubby versions we’ve become accustomed too.

I tried to incorporate all the triggers of a hopper with The Easy Peasy Hopper , but made a concerted effort to keep things as simple and time effective as possible without hampering the pattern’s effectiveness. I wanted a fly where the foam was tied to the hook shank as opposed to being tied extended body style with the foam jutting away from the hook shank at an angle. Foam is bulky and can get in the way of effective hook ups if you’re not careful. Keeping the foam closer to the shank is optimal in terms of the hooking capabilities of the fly. It also ensures a pattern which sits in the film rather than on it, a rather natural disposition for any hopper that has donnerd (fallen) in the drink.

There is nothing new here. It’s just a generic hopper.

I like using a slightly thicker-gauged hook for the fly, the Daichi 1710 nymph hook is great (just crimp the barb). The heavier hook keeps the fly floating the right way up in the drift by stabilising it due to the little bit of added weight of the hook. Bulky foam bodies often require this treatment. Too light a hook and the fly will float on its back.

For the body and head of the fly I use a single strip of larva lace foam. This just simplifies the tying process. I like this stuff because it moulds well under thread tension due to it’s larger than normal cellular structure. It’s not as dense as a lot of the other foams so works easier, but still gives you enough bulk to give the fly that attractive plop when presented. Hoppers tend to smack down on the water when they fall into it, hence the plop.

When tying with foam make sure that you keep the thread flat. Twisted thread will often cut through the foam when tying it in. It is very important to lay a thread base on the entire hook shank before tying the fly. You need to seat that foam to the hook effectively otherwise it’s going to be rolling around all over the place. You can also use a slightly thicker thread as foam is robust stuff and often requires a bit more pulling power on one’s thread . Danville’s 6/0 flat unwaxed does the job well. Treat all the thread bits of the fly with Sally Hansens once you’ve finished the fly, it’ll aid durability.

For the wing I normally use elk or deer hair. A CDC underwing can be tied on first before you tie in the elk or deer wing and helps break up the straight lines on the fly.  Nature’s Spirit supply excellent deer and elk hair for tying, the quality is unparalleled. If tying in an underwing I’ll normally use red CDC. Red is a prominent colour on the wings of a lot of our South African hoppers. For legs I tie in a strand of rubber on either side of the fly. The main thing is to get that X effect with the legs when the fly is viewed from the bottom. Insects tend to freak out when they’re drowning splaying their legs in the process. X marks the spot. It’s an important trigger.

Some guys spend time knotting legs to get knees and who knows what all else. It looks great, but I’m not convinced that it really adds anything to the effectiveness of the fly. Fish are generally quite decisive when feeding on Hoppers either eating the fly or rejecting it altogether. You’ll rarely (one always gets exceptions though) get a fish that eyeballs a hopper for any period of time. The decision is generally a yes or no affair.

The size of the fly will be dependent on the naturals found on the stream you’re fishing, but sometimes I like to change things up and fish them larger than normal. I have taken some large trout throwing index finger sized monstrosities in the pools of our local streams. It’s not a tactic that always works, but if you find a fish with a decent appetite it’s a method that will get the heart rate up. A quick twitch of the fly is often all that is needed to get the fish to pounce on the fly.

My pal Ruhan thought I was crazy the first time he saw me fishing a monster hopper. “What you’re fishing there Gordy? A mouse?” he teased.

At that very moment a big fish ate the fly as if on cue.

Legs: Variegated round rubber legs, a little bit up dubbing gets used in between and in front of he legs to increase the angle a bit more

And how to tie it: 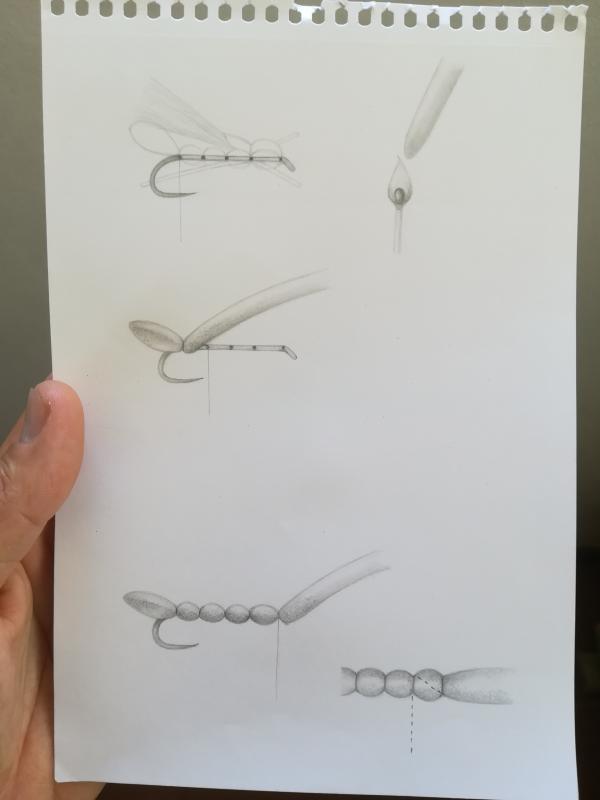 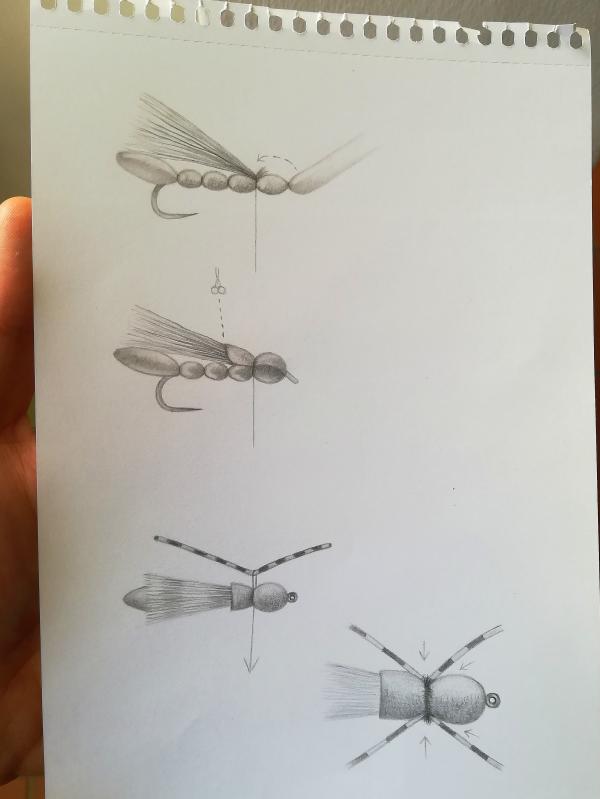 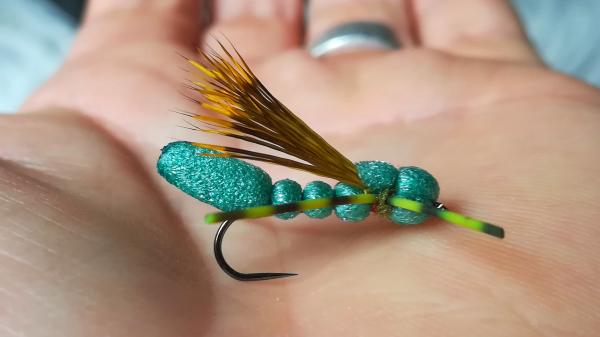