FOSAF NEWS - Fly of the month: The Mottled Seal Leech by Wayne Stegen of the NFFC

It’s not the first time a leach pattern has been tied, that’s for sure! I have tried many, but for us, none have been as deadly as this. It is a large source of protein and we certainly never fished them enough.

Two years ago I came across a large leech on the Invermooi Farm in the Kamberg. It was 6-7cm long, 1cm wide, black and had a brown head. The dazzle bead is as close as I have found to representing the head.

I fish the fly on Floating, Intermediate and on slow sinking lines. The takes are generally on the pause and are ferocious; if you are not careful they lead to parted tippets

(These come with a stiff fine of a tequila shot, for every one!) 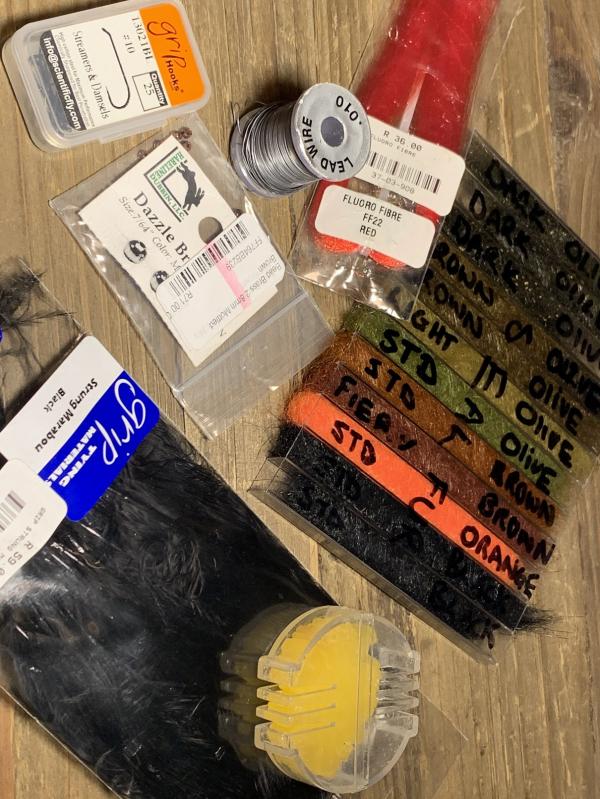 So why use these materials?

As mentioned, the bead is as near as it gets. The marabou tail when retrieved closely represents a swimming leach and with the fluoro fibre adds to the trigger effect. The fibre is subtle, yet there (Something I’m passionate about in my tying)

The seals fur is key! It is stiff and therefore adds vibration (tapping into fish’s lateral line). It creates a very malleable fly that once eaten, should feel realistic to a fish. It also traps air bubbles, most of these should be squeezed out before your first cast to get the fly sinking. The remaining bubbles look realistic and add more triggers

See photos of the tying sequence below: 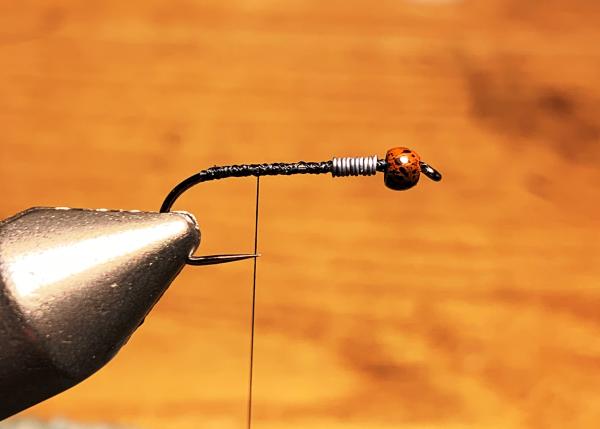 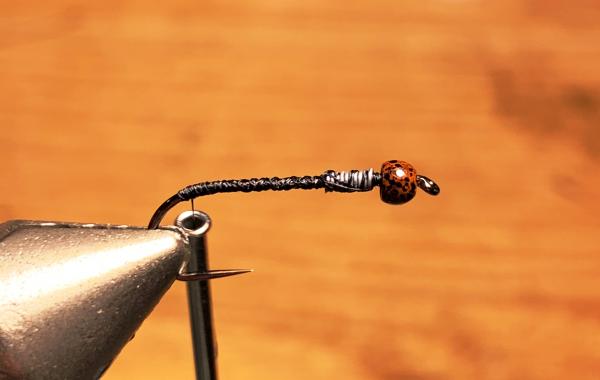 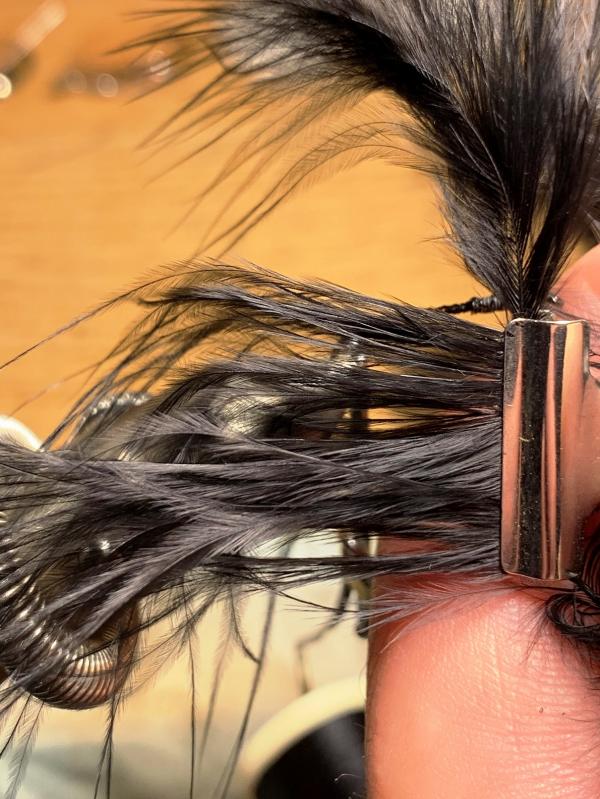 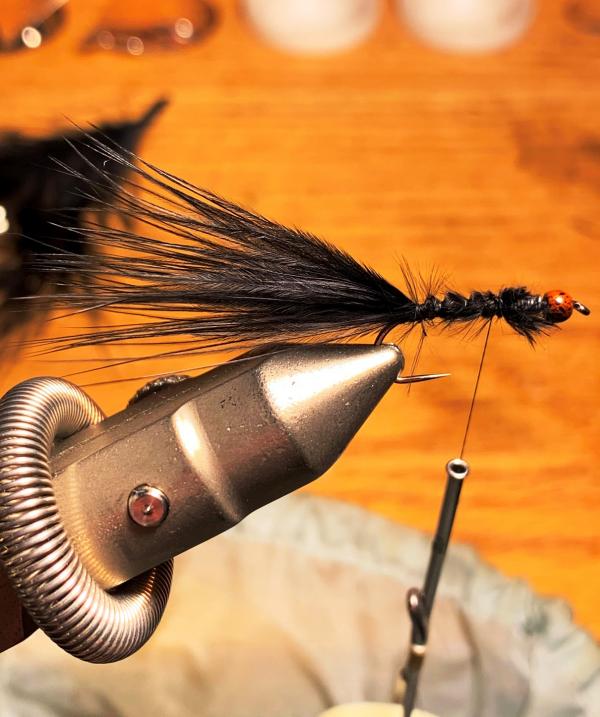 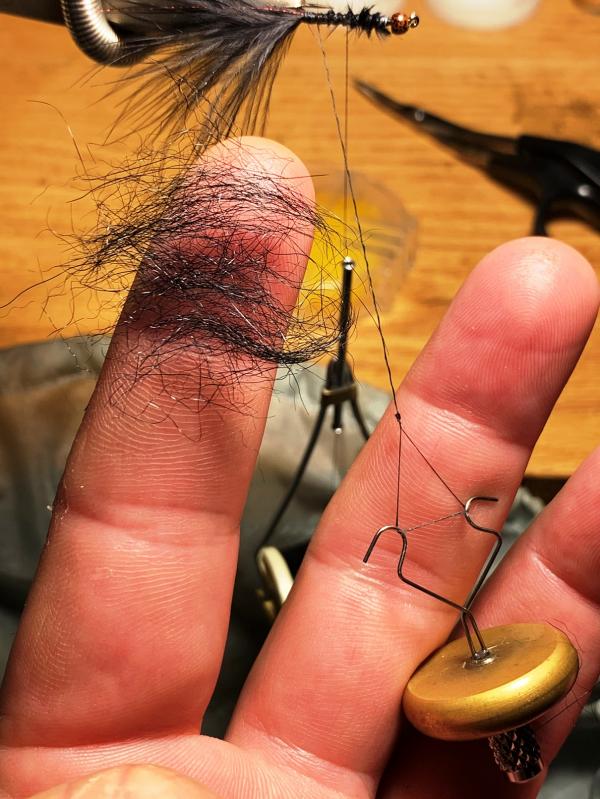 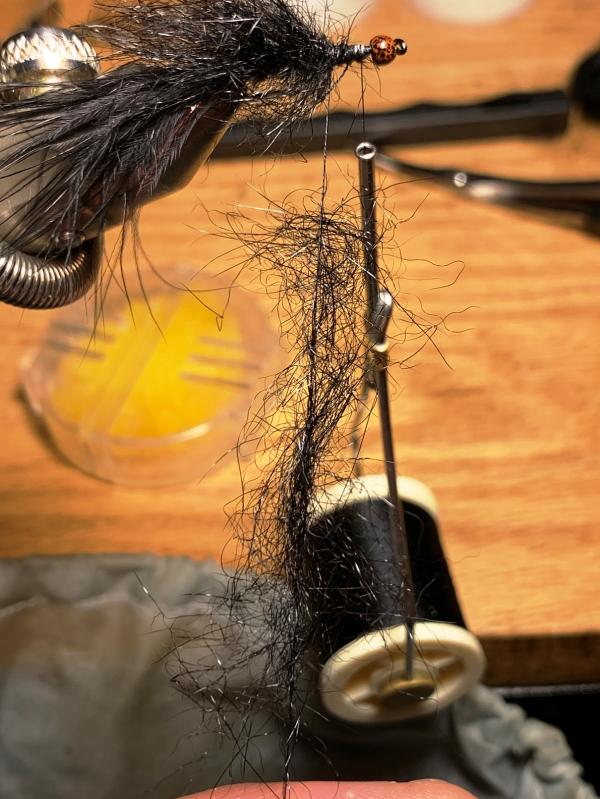 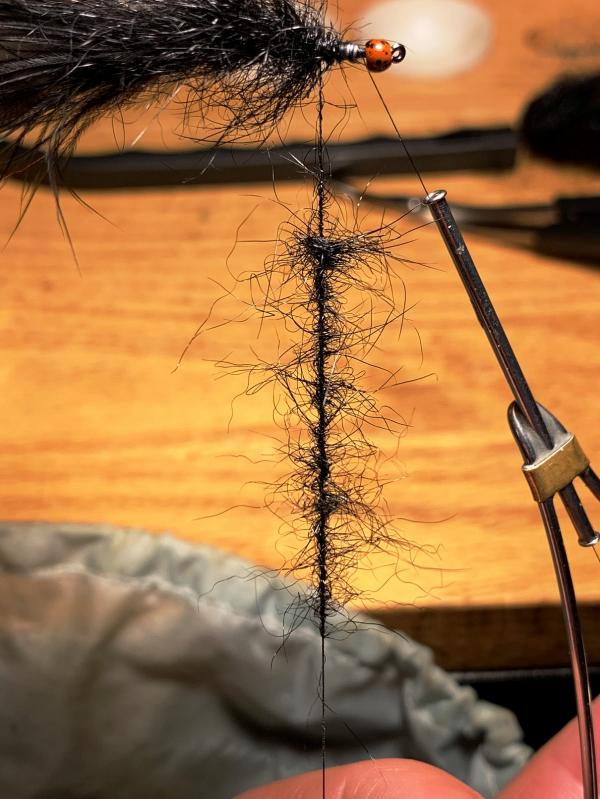 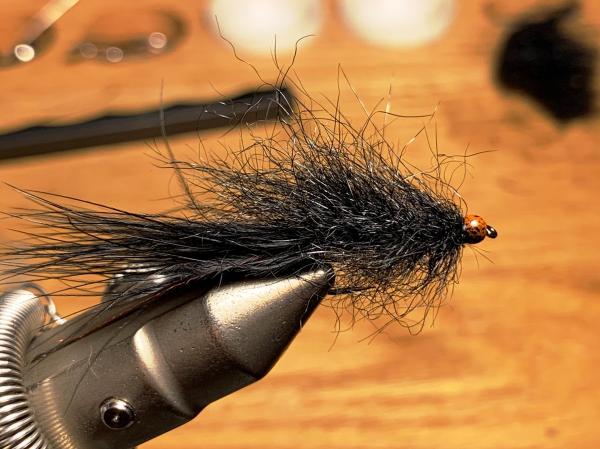