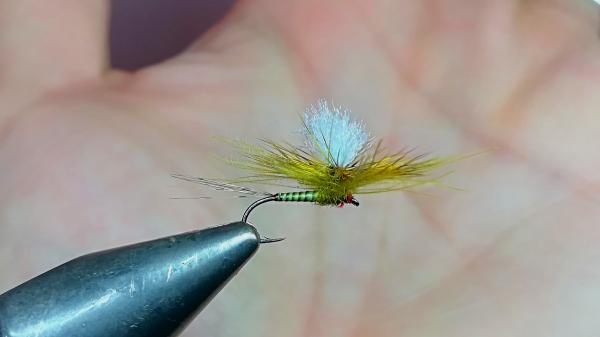 I’ve always considered parachute patterns to be great. From a design perspective they’re absolutely brilliant. They float well, they present well, they don’t twist fine tippets, they hook fish well due to a totally exposed hook gape and they don’t need too much maintenance in the fishing situation. They’re probably as user friendly as a fishing fly gets!

The only area where I think they lack in is the mobility department. Genetic hackle is quiet stiff. Great if you’re fishing in faster water where fish don’t have lengthy periods of time to eyeball the fly out, but sometimes these stiffer flies will get rejected, particularly in slower lower water.

In these situations cdc is the answer.

Most people will attribute its effectiveness to its fantastic floatation and movement properties, combined with how nicely and softly it presents. It does all of that yes, but that, to my mind, is not where the real magic with this stuff lies.

One of the things about the dynamic of CDC fibres interacting with the water’s surface and in the film, is the way that light plays on the mix of the fibres, tiny hairs and air bubbles , which creates an optical, visual footprint that looks near identical to that that forms around real insects trapped in the film.

The end result is that the fish sees something that’s already imprinted on its brain, a food trigger that screams something alive and trapped in the film. CDC does this better than any other material I know of. I’m not surprised that is as effective at fooling fish as it is!

The only major issue with cdc is that it is cumbersome to maintain in the fishing situation requiring lots of love and care to keep afloat after multiple fish. Not a problem if the fishing is slow but if it’s fireworks one doesn’t exactly want to be wasting time padding flies down with toilet paper and powder after every fish. You want to be fishing!

To this end I started playing around with the idea of combining genetic hackle and cdc, The idea being that the hackle and cdc give you the best qualities of both materials all in one fly. That’s basically how “The best of Both” was born.

The fly proved to be a cracker too. On its first outing to Lesotho it caught fish with the regularity of a metronome. Conditions had not been ideal with lower and slower flows. The fish were holed up in pools for the most part and were extremely cagey.

I remember sitting next to a big pool late one afternoon. The odd mayfly had started coming off. The fishing had been tough with plenty of fish visibly rejecting our flies. Tim Rolston had caught the odd fish but considering the pool was packed with fish it wasn’t great.

I rummaged through my box and found something that matched the mayflies that were coming off.  I tied on a “Best of Both’ and cast it out. Seven casts later I had seven fish.

The day before I’d fish with him and had a terrible day. He’d caught plenty of fish whilst I had battled. “I know I’m kak”, I’d said to Tim. “You’re not kak”, came the reply, “just inefficient”.

Rolston by now was probably wondering what the hell was going on. He gently walked over. I just smiled.

“What are you using?” he asked.

“A Fly that is very efficient”, I replied. We both laughed.

I handed him one and after that Tim and I couldn’t go wrong. I think we caught something like 3 dozen fish in the space of an hour. We walked back to the bakkie in the dark. It felt good.

Since then the Best of Both has become a permanent feature in my fly box and has continued to work as hard as it did in Lesotho.

Halo : CDC twisted up in a split thread and wound tightly underneath the hackle before finishing the fly off.

You’ll notice I haven’t been colour specific regarding materials. Use colours that best match the naturals you encounter. I’d suggest tying this fly in sizes #14- #18 in Olive, cream, grey and black. That should basically cover you for most eventualities. Enjoy!

The tying sequence is shown below. 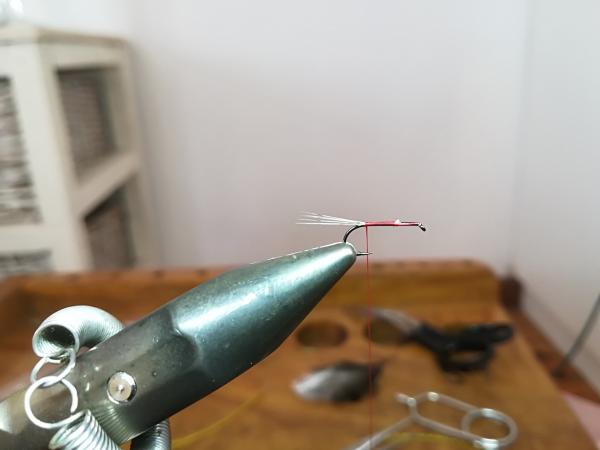 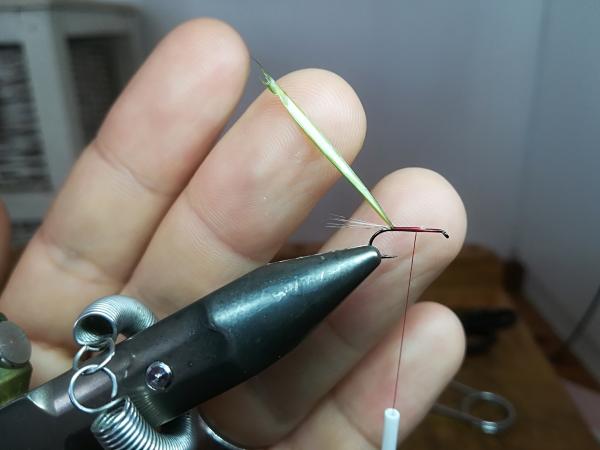 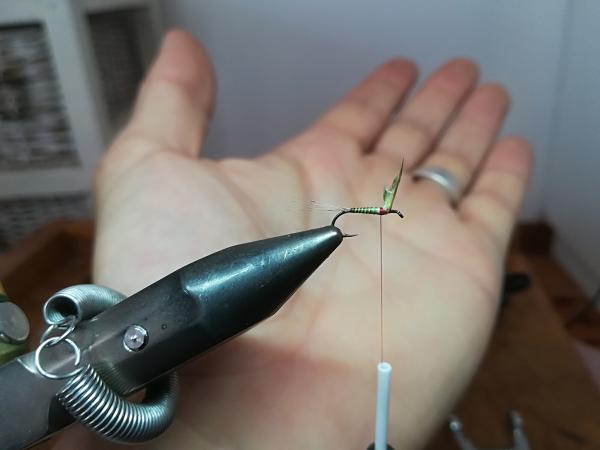 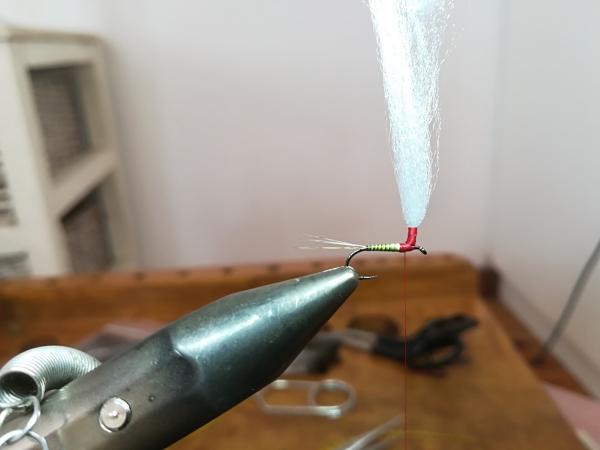 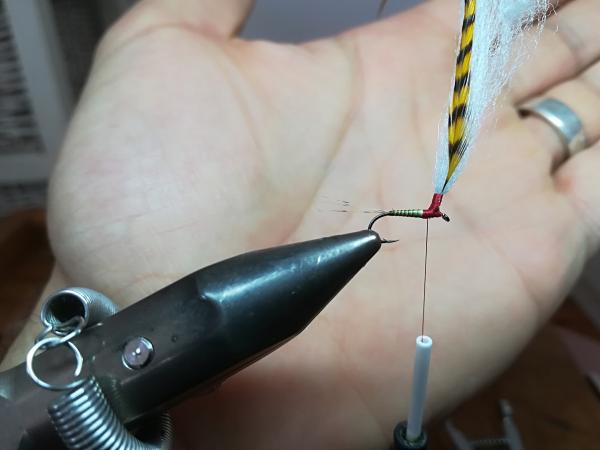 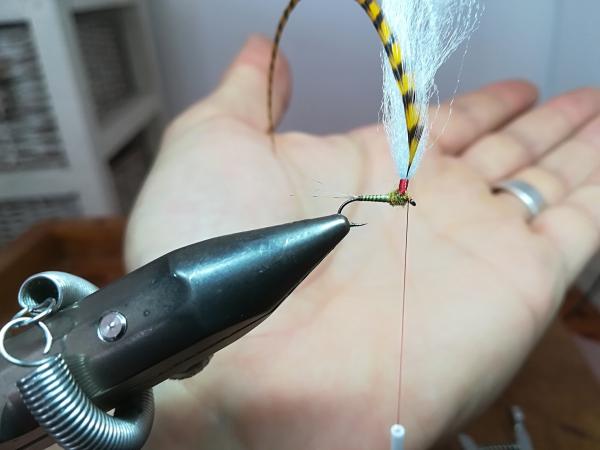 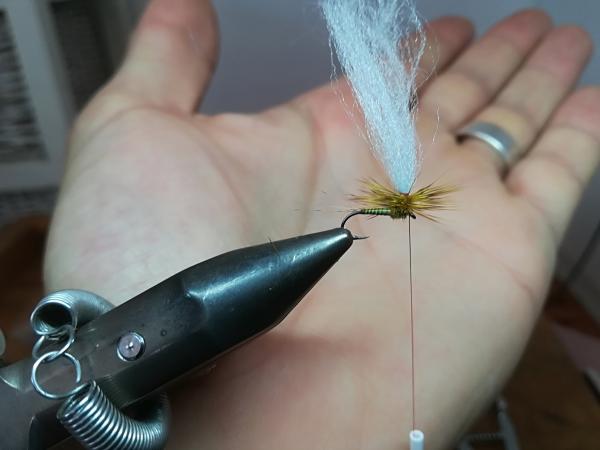 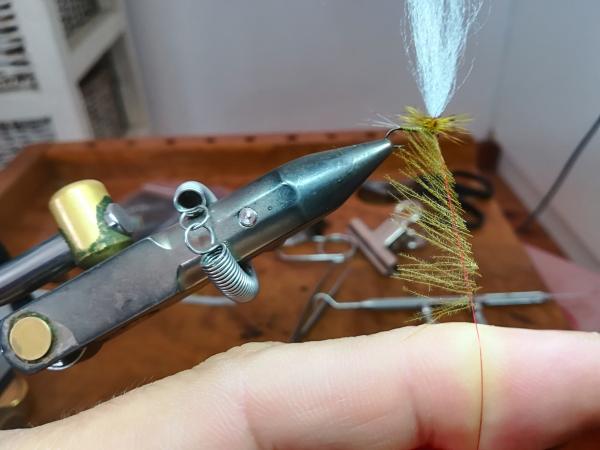 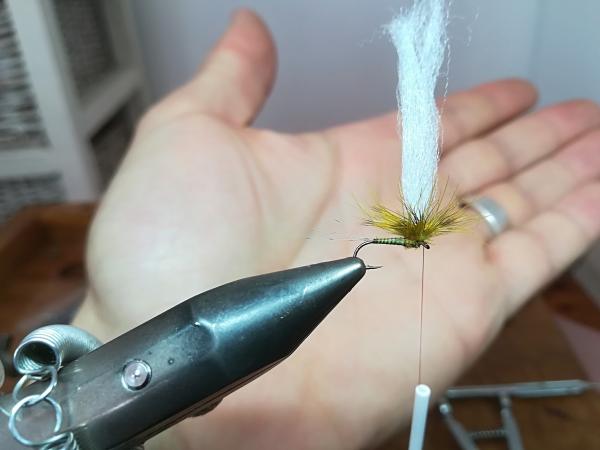 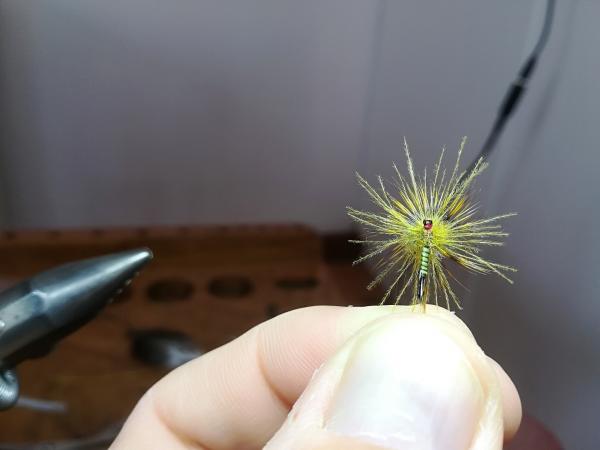