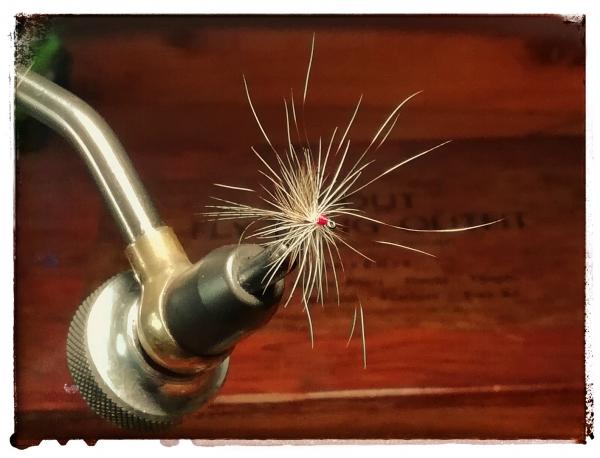 The RAB and depending in the company present, is either referred to as the Red Arsed Bastard or otherwise the Rough and Buoyant. It is arguably South Africa’s most iconic dry fly, having been tried and tested over time and remains as popular today, as it was when it was first tied by its creator, Tony Biggs. The RAB is a distinctive impressionistic pattern with unique tying procedure that in Tony’s own words, “seldom are any two flies tied alike in appearance, even when identical materials are used”. He always preferred to use natural materials like silk, feathers and hair.

The fly shown in the steps is my variant and while I prefer to use a mix of materials from the original tying, I have changed the tying procedure to simplify it.

Materials as provided by Tony Biggs.

Body/legs - Egyptian goose, cock pheasant tail or blue crane herl, wound through with red tying thread. (I use squirrel tail hairs because of the lightness and movement they provide)

Hackle - White in front of ginger with lengths of two to four times gape width. (I prefer shorter hackle of 1 to 1.5 times hook gape width) 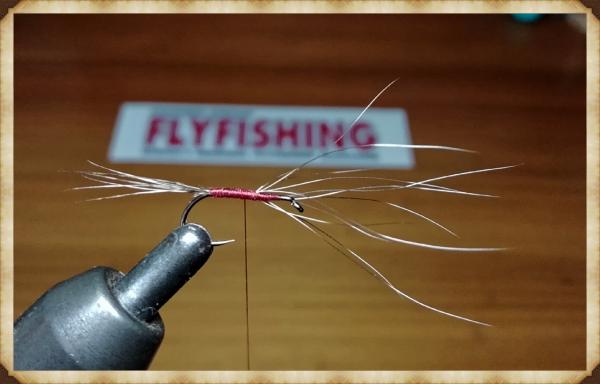 1. Dress the shank with red tying thread and attach the tail. Add a small bunch of squirrel tail hairs facing over the hook eye, leaving sufficient space between the tie off point and hook eye to allow for the front hackle later. The Squirrel should be at least twice the length of the hackle fibres. 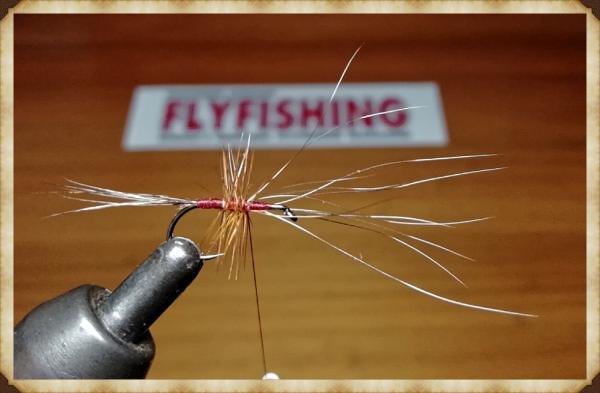 2. Add the ginger hackle behind the tie off point of the squirrel and wind forward with 3 or 4 touching turns and tie off at the base of the squirrel. Now push the squirrel tail hairs back against the rear hackle, manipulating them so they are more or less evenly spaced around the shank. Make a few turns of thread in front of and against their base to secure the hairs in this position. 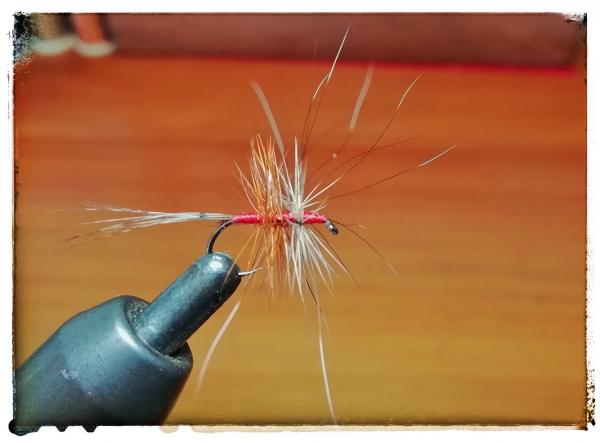 3. Attach the white hackle against the base of the squirrel hairs and wind forward in 2 or 3 touching turns secure behind the hook eye, form a neat head, varnish and whip finish. The white hackle is intended to help with visibility. 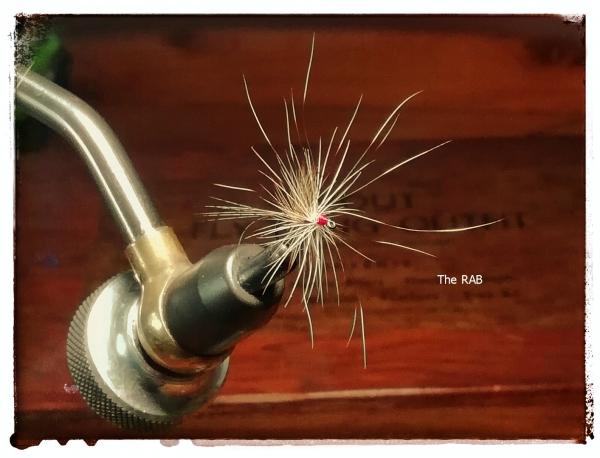