This fly is one of my Go-To flies for late winter/early spring. I fish it in tandem as my point fly, with a red-headed Diawl Bach. I generally use a floating line with a 12 – 15 foot leader, stripped moderately fast. 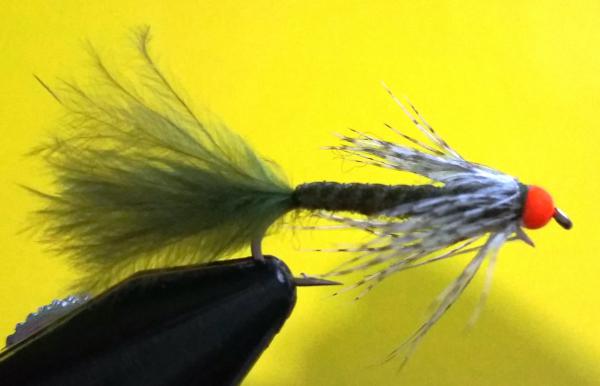 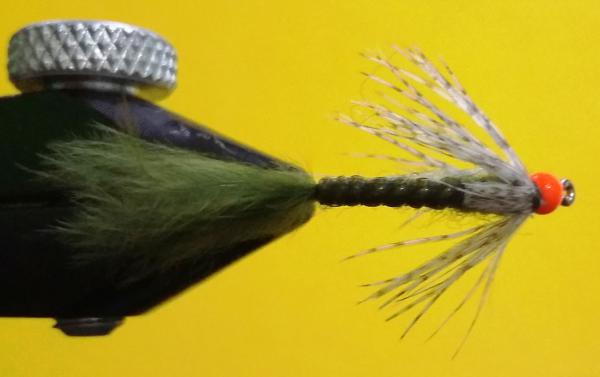 After putting the bead onto the hook, place it into the vice and dress the hook with the thread of your choice. Tie in a segment of Marabou tail feather  to equal half the shank length of the hook.

Tie in a segment of barred mallard feather to be used as a wing casing and leave it facing back in order to allow you to dub the thorax to the bead with the olive dubbing.

It’s easier than it sounds!

This fly was fished to good effect at Treeferns Trout Lodge, between Belfast and Dullstroom this last weekend, resulting in a number of released trout wishing they had never gone for it. It was also used to catch this 2,5kg Brownie at Wonderwater45. See pic below. 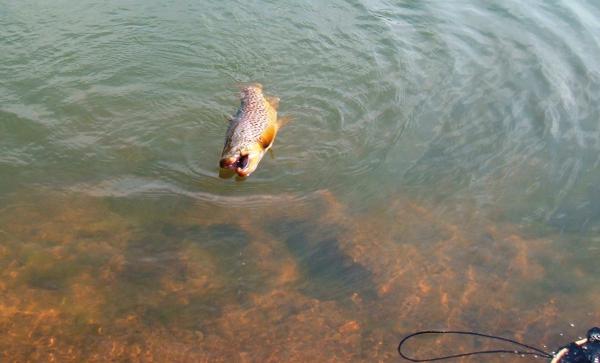