With this year’s “Dirt Road Traders Wild Trout Festival” having been moved on a month to the end of April (from the usual last weekend in March), it was high hopes for settled conditions after the heavy rains and rivers that were in spate just a few weeks earlier.  It would also be a chance to catch the changing of the Lombardy Poplars into their autumn livery, which in past years, were only just starting to show some colour over the usual Festival dates.

The Festival is an annual gathering of some 40+ fly anglers from the length and breadth of South Africa, and is considered to be the event of the year for devotee’s of the stream. With most well aware of my penchant for the trouty inhabitants of small rivers and streams – this is the one fishing trip I look forward to most in the calendar.

The lengthy drive down from Durban is usually broken by a “Summit Wetting Ceremony” that marks our official entrance into Festival territory as we reach the top of Naude’s Nek at 2587m above sea level … this time however, we were nearly blown off the top and back to Durban by gale force winds, forcing us back into the vehicles for the ceremonial dram.  As we dropped down the other side into The Centre of The Known Universe, we arrived at “settled conditions” alright – The Bell River (upper) was hardly even moving!  And as we descended further down into the Valley of Rhodes, it was also clear that many of the poplars had already seen autumn through and were well into their winter nakedness.

The Festival opened with a welcome burble from Festival Chairman Dave Walker (aka “Keeper of The Center of The Universe”) over the fine evening spread put on by Susan Koelz, Marie Small and the Walkerbouts Kitchen Team (and every night thereafter) and Dave’s infamous ringing cry of “Don’t forget your lunchpacks!” (now forever ingrained!).  Afterward, it was into the world-(in)famous “Thankshalot Pub” for Simphiwe to dish out a few “cooldrinks” before hitting the sack in anticipation of the fishing that lay ahead.

So … get on with the fishing report I hear you say!  Under the low water conditions, the first 2 days fishing were challenging to say the least – with the low flows and gin-clear water, the fish were restricted to pools and other deeper holding water.  The weather came in overnight on the 2nd day of the Festival, and it continued to rain pretty much all of the 3rd day (dropping some 40-50mm), which resulted in a day indoors with fly tying demonstrations by Peter Brigg, Andrew Mather, Mark Yelland and Jan Korrubel.  The rain brought the river flow back up to scratch for the 4th and final days fishing, but the water from the high lying runoff was ICY COLD (a bracing 6deg.C!).

For the trainspotters, some stats : the 39 anglers (participants and guides) recorded some 553 rainbow trout, the bulk of which fell in the 4-10” / 10-25cm category, with a few larger fish in the 14-18” / 35-45cm bracket. No fish over 18” / 45cm were recorded this year, and no yellowfish reported.  Of the rivers fished –Bell, Bokspruit and Riflespruit – the Bokspruit once again proved to be the most reliable and prolific provider of fish.  Of the flies used, the majority of the fish were taken on dry fly (the poplar tree leaf litter wasn’t helping the “Dry or Die” cause however), with the sub-surface anglers ruling the roost in the cold waters of the final day’s fishing.

Thanks to the quality of the items on offer, the Festival auction once again proved to be a resounding success, raising over R50,000 for the WTA and its beneficiaries.

The Festival also recognizes the person that best embodies the spirit of the Festival, with a presentation of the “Nymph Award”, a magnificent sculpture by renowned artist Joyce Carreira.  This year the award went to Peter Brigg who was instrumental in appointing two new corners at Walkerbouts dedicated to long-time Festival proponents, Tom Sutcliffe and Ed Herbst, as part of the WTA’s 30 Year Celebrations.

Dave Walker ended the final evening’s festivities by thanking the sponsors, Andy Findlay and Nigel Dohne of Dirt Road Traders in particular, the anglers and the guides (Tony Kietzman, Peter Brigg, Mark Yelland, Neil Hiestermann and Jan Korrubel) for their support, along with the staff at Walkerbouts for keeping us fed and watered.  Most importantly, to the WTA riparian members without whose valued support there would not be as much fly fishing water open to the public as there is, nor the WTA that administers the waters on their behalf, and indeed, there would not be an annual Festival!

The 9th May 2021 saw a gathering of WTA riparian members at Walkerbouts to celebrate the 30th anniversary of the organisation that was established on the 18th April 1991.  Having started off with a handful of members who owned access to a total of 42km of running water, the Association has expanded to be able to allow visitors access to more than 200km of running water at present … more than most folk can fish properly in a lifetime!  The luncheon was graced with the presence of several founder members being Basie (aka “that character from Birkhall”) and Carien Vosloo, Llewellyn and Bev Gush, and Dave Walker as well as a number of other members.

I have it on good authority that water temperatures have increased somewhat since the frigid final day of the Festival, and water flows are still looking good … as the saying goes : “You should have been here … next week!”

Bookings for the 2022 Festival will open shortly – anyone interested in participating should email Dave Walker (dave@wildtrout.co.za), or Margie Murray (contact@rhodesinfo.co.za) – the sooner the better as the number of participants is limited!  The WTA looks forward to hosting YOU at next year’s Festival … which numbers either 29 or 30, nobody is really sure!  Thankshjalot, and hope to see you in Rhodes!

List of Images and captions (in order with reference to the text):

All images by Jan Korrubel unless otherwise indicated. 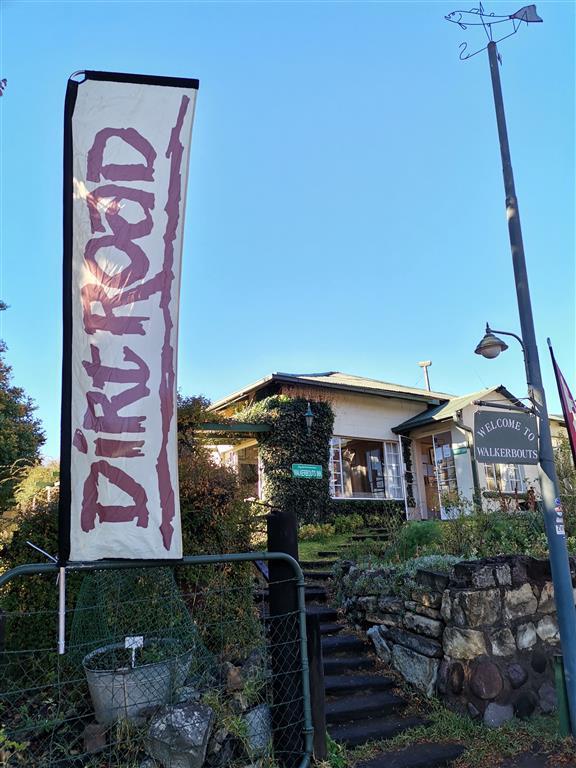 01. a – Walkerbouts :Home of the Festival 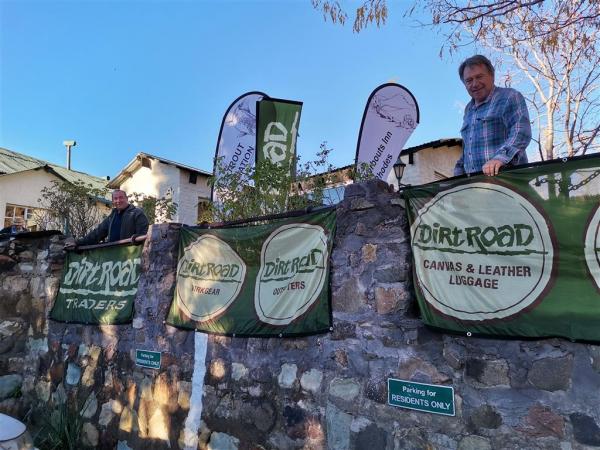 01.b – Andy Findlay and Nigel Dohne – The Dirt Road Traders! 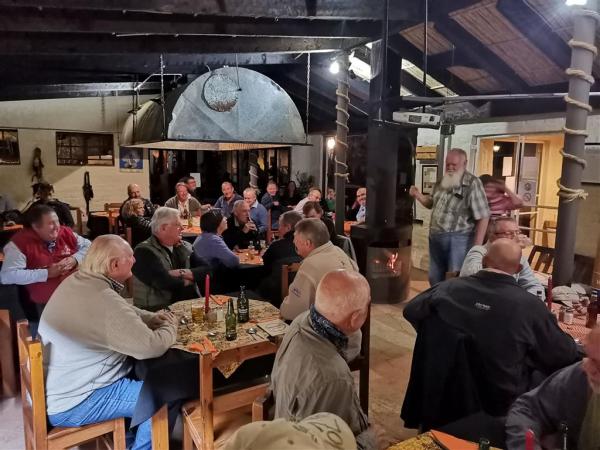 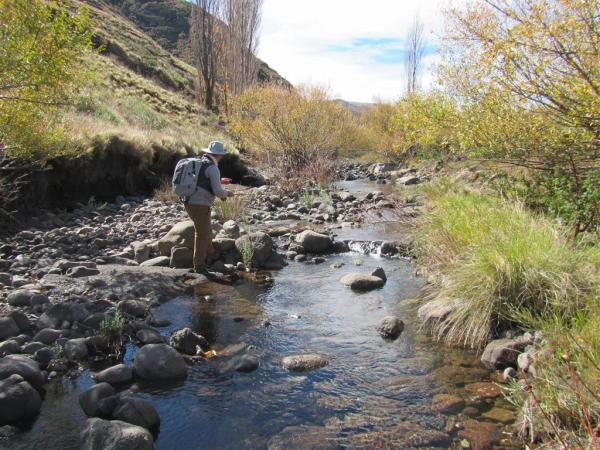 03. The Riflespruit looking skinny and lean. 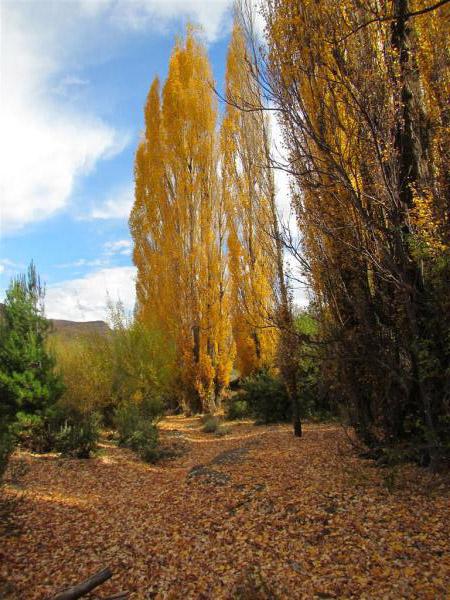 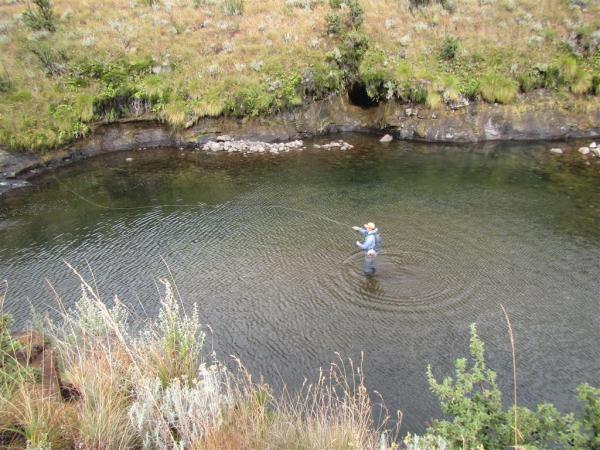 05. Paulo Carreira on the upper Bokspruit. 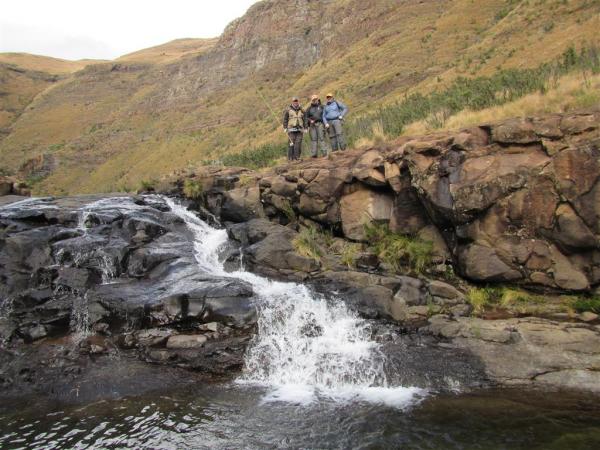 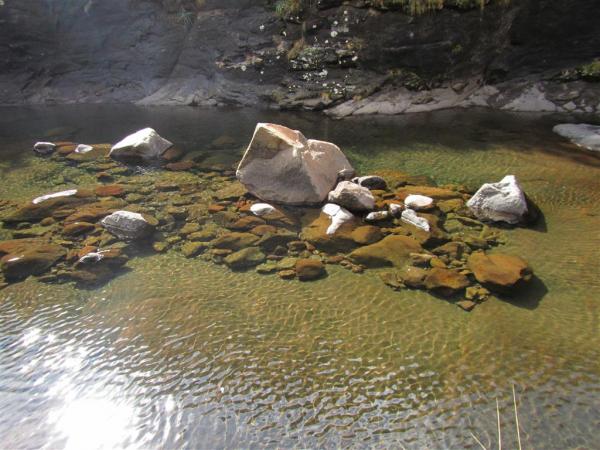 07. Gin-clear water on the upper Bokspruit. 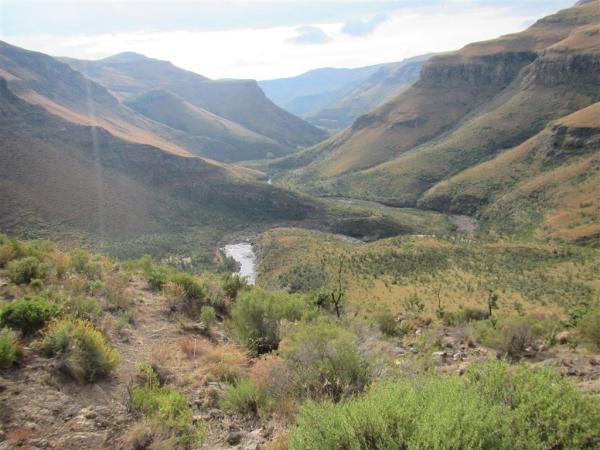 08. View back to Gateshead Cottage from The Saddle. 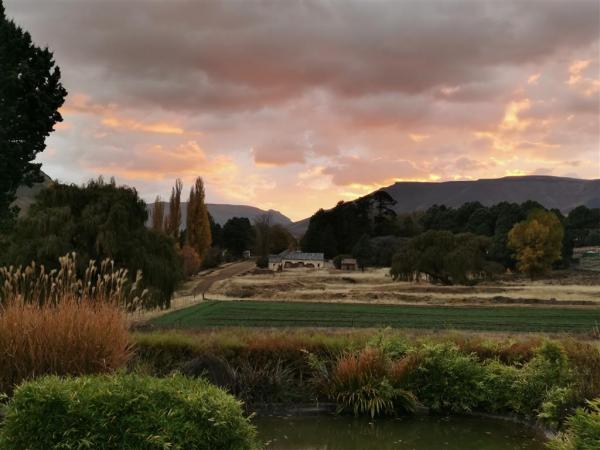 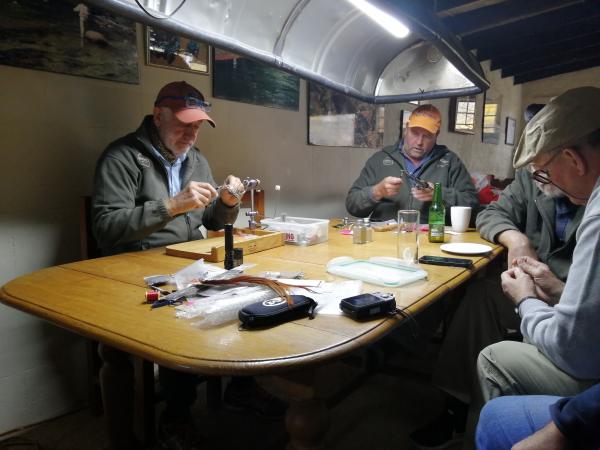 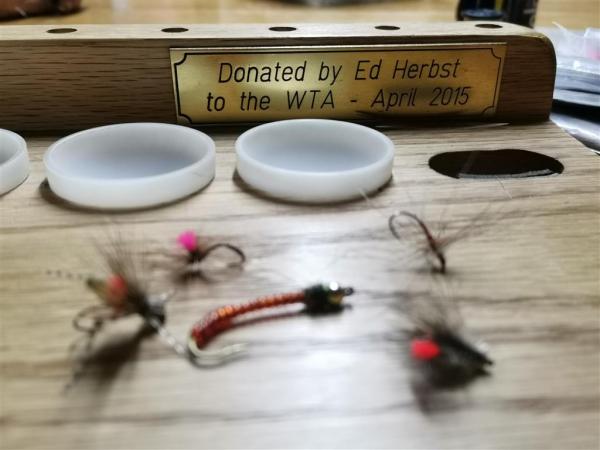 10.b – Demonstration flies tied on the JVice presented to the WTA by Ed Herbst in 2015. 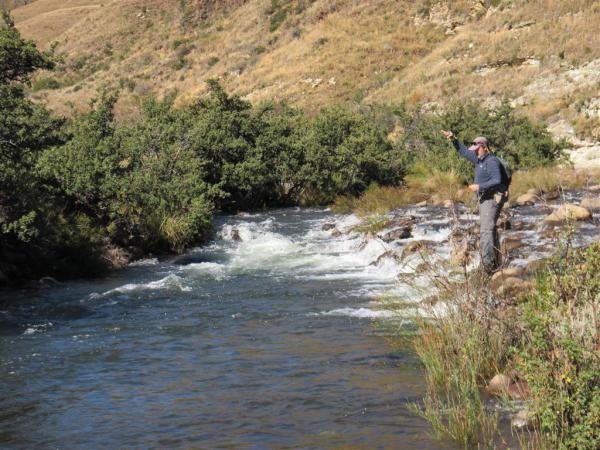 11. Paulo Carreira with a fish on at Brucedell on the Bokspruit. 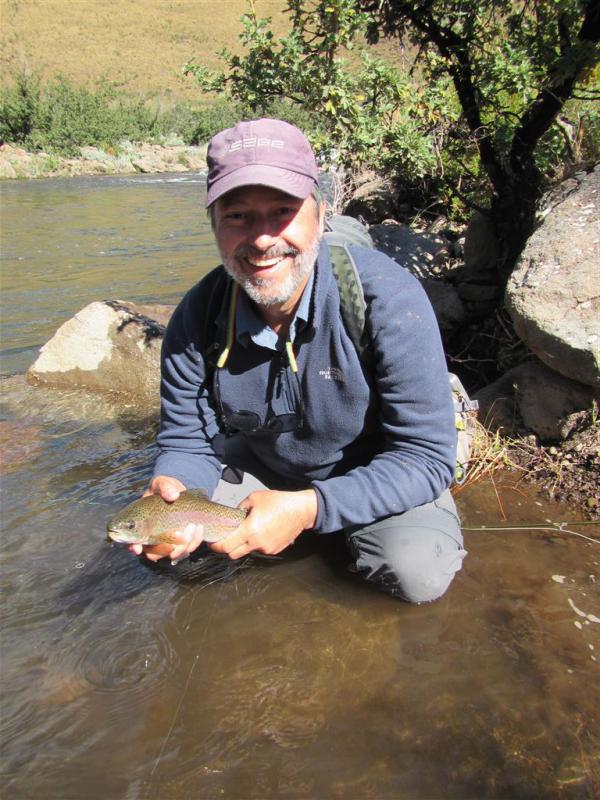 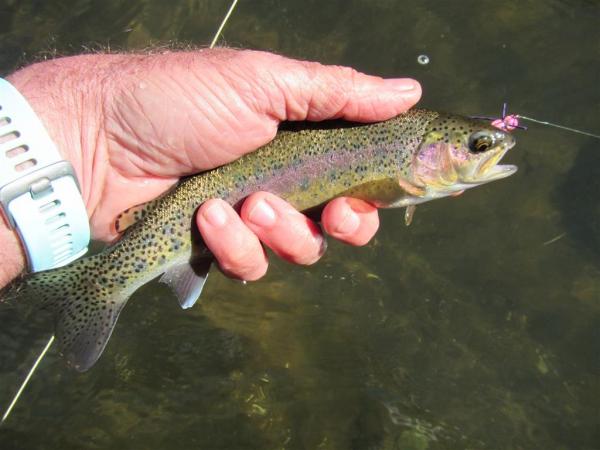 13. Rainbow that fell for the “Pink Pookie” variation of the Dirt Road Hopper. 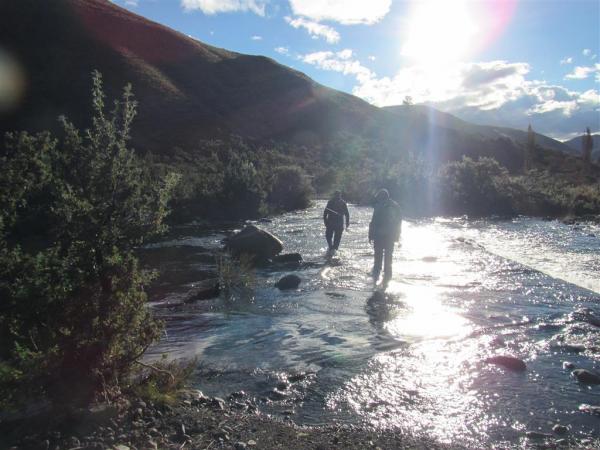 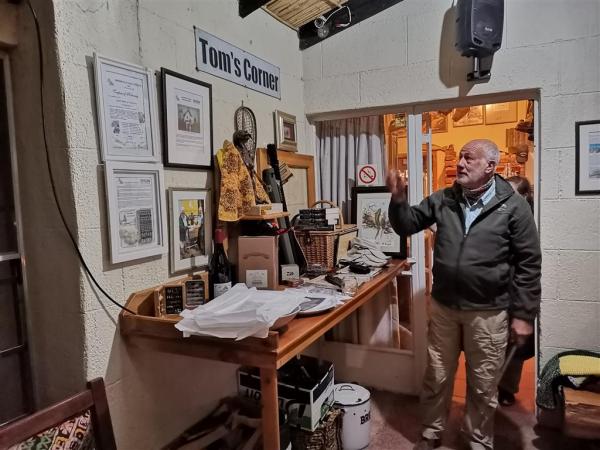 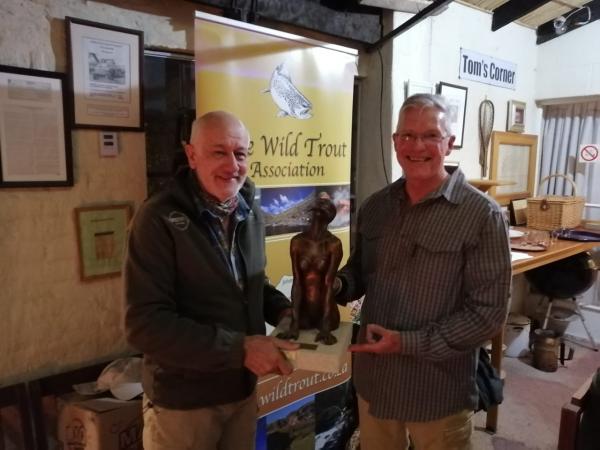 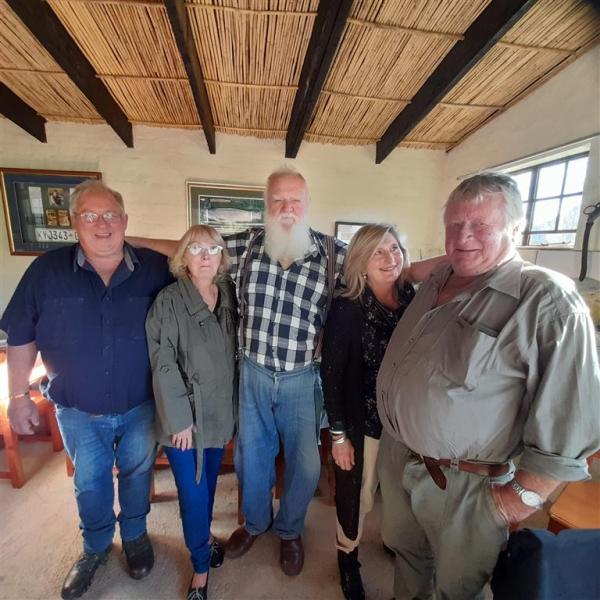