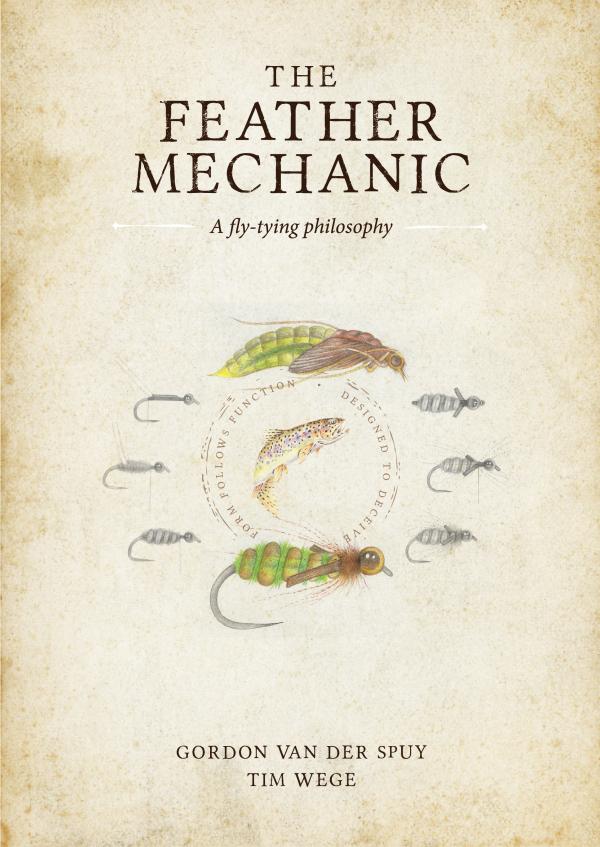 For the past 40 years I have bought most fly tying books as soon as they hit the book shop shelves but, of all of them, The Feather Mechanic is the most valuable in terms of information gleaned, the most enjoyable in terms of content and one of the most attractive in terms of layout.

Decades ago I was introduced to a shy teenager who, I was told, wanted to show me the flies he had tied.

Clearly anxious, he passed me a fly box.

I told him that if I could tie flies as neatly and as well proportioned, I would be well pleased with myself.

Gordon is an actor by profession, having graduated with a degree in drama in 2001 and he has worked in theatre, film and radio and also in video advertising. He also does what he calls ’industrial’ theatre, giving motivational talks everywhere from prisons to corporate workshops.

He is, in short, a capable communicator but actors often experience lean times and it was on one such occasion that he decided to teach fly tying for a fee. He has since coached hundreds of fly tyers and that, in the context of this book, was important because he learned firsthand the problems that fly tyers experience and how to communicate the solutions to them. A friend, a fly tyer for some 40 years, invested in a one-on-one lesson with him and he described it as ‘money well spent’.

Over the years this has brought him international recognition – in 2016 he was a featured fly tyer at the International Fly tying Symposium in New Jersey, tying alongside Charlie Craven, Bob Clouser and Blane Chocklett and, two years later, Marc Petitjean accepted his invitation to appear at a fly fishing show Gordon organised in Johannesburg.

The book features more than 200 of his drawings and they contribute dramatically to its success because, unlike photographs, they can be carried as small as a postage stamp without losing their communication value.

Gordon also has a good understanding of the fly tying materials business and is happy to recommend brands and comment on their usefulness – his photograph comparing genuine Coq de Leon feathers from Spain with the Whiting equivalent is sobering but, as he says, the fish don’t seem to mind.

Two years ago Peter Brigg and I collaborated on a book which celebrated the best of South African fly tying for the past century because we felt it important to document the history of our indigenous flies.

Gordon’s book is a welcome sequel because it documents the patterns of a newer generation of fly tyers, some of them with competitive fly fishing experience.

It’s a comprehensive range comprising internationally-proven patterns such as the Diawl Bach, the Perdigon and the Squirmy Wormy along with local flies, the product of years of R&D which will be effective anywhere in the world.

The Gun, for example is a mayfly nymph developed over years by one of our top competitor fly anglers, Gary Glen-Young and I have heard of hundred-fish days on the Bushmans stream in Kwa Zulu Natal where it enjoys cult status among young fly anglers.

The Plaza Pupa is a caddis pupa imitation - again with years of development behind its final iteration by Herman Botes - which would prove successful as an emerging caddis imitation anywhere they are found.

Although Fred Steynberg guides professionally all over the world, he lives next to the Bell River in Rhodes and has observed its moods and the behavior of its trout over years and throughout the year. His Shuck Emerger has proved itself – again and again - as a ‘when-all-else-fails’ solution.

Ed Truter’s Balbyter, an imitation of our largest ant, Camponotus fulvopilosusand the favoured dry fly for trout and yellowfish in Lesotho, would prove just as successful as an imitation of the Carpenter Ant in the USA and the Wood Ant, Formica rufa, in the UK.

The chapters on technique and materials are comprehensive and, again, are complemented by Gordon’s drawings. I found the coverage of thread control to be invaluable

At a selling price of R350, I consider it a bargain – I have derived less practical benefit and reading pleasure from books costing three times as much and, considering the sorry state of the South African rand against most foreign currencies, it will be relatively inexpensive for overseas purchasers, notwithstanding the extra postage cost.

The Feather Mechanic is the most esoteric and eccentric fly tying book I have ever read and it accurately mirrors the persona of its author.

In essence, it reflects a fly tying life and it is a most valuable addition to the genre.

As Tom Sutcliffe notes in his foreword: ‘… happily for all of us he is a natural teacher and a joyful enthusiast of life who, like no other person I know, lives to tie flies.’

You can find out more on his Facebook page https://www.facebook.com/ gordon.vanderspuy or on his Instagram page, the_feather_mechanic.

Books may be purchased from:

The Mission fly mag- nationwide with a set courier fee of R50.

Below are some of the pages from the book: 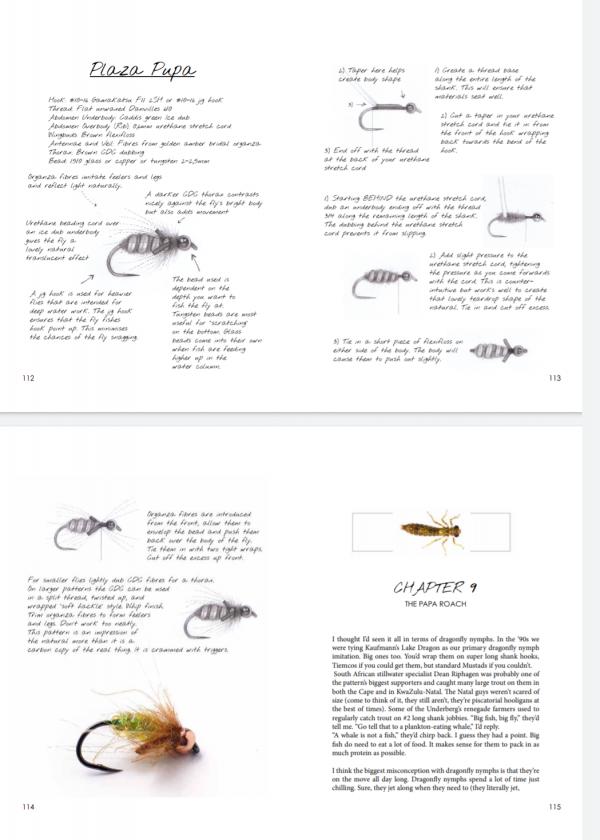 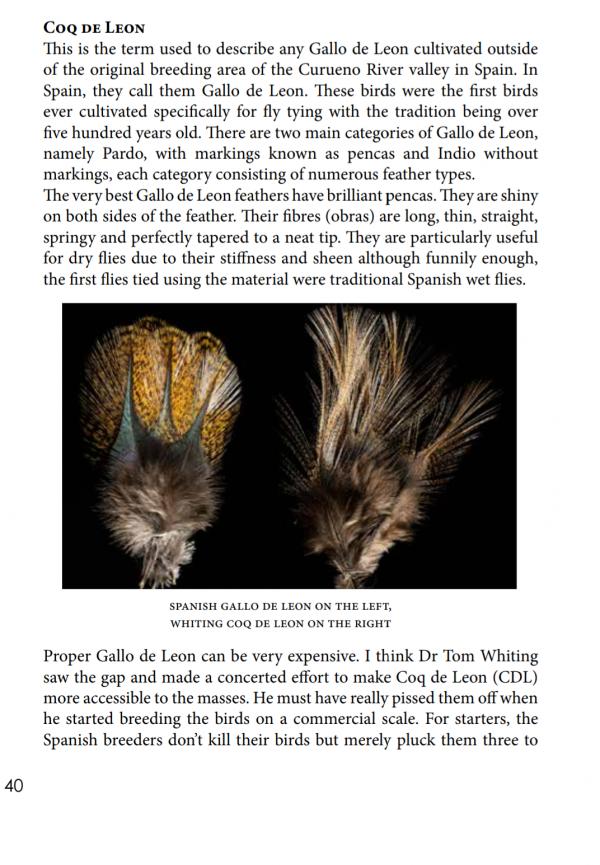 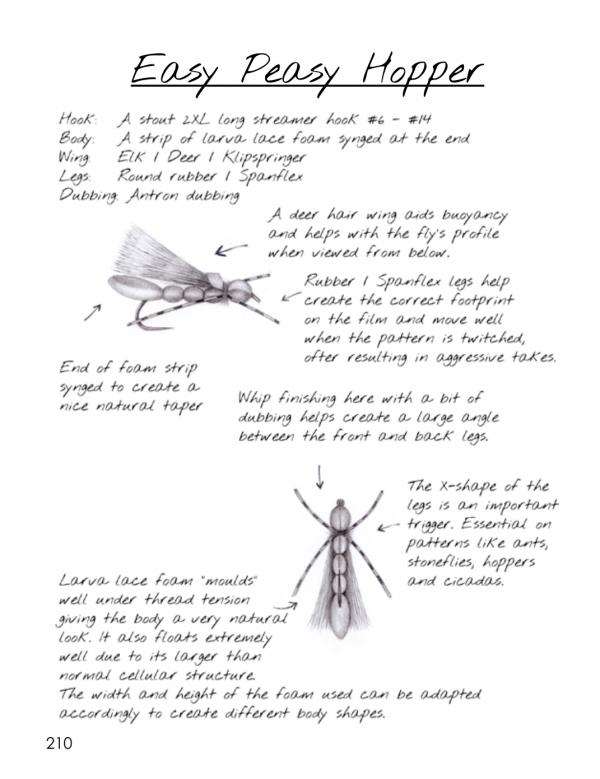 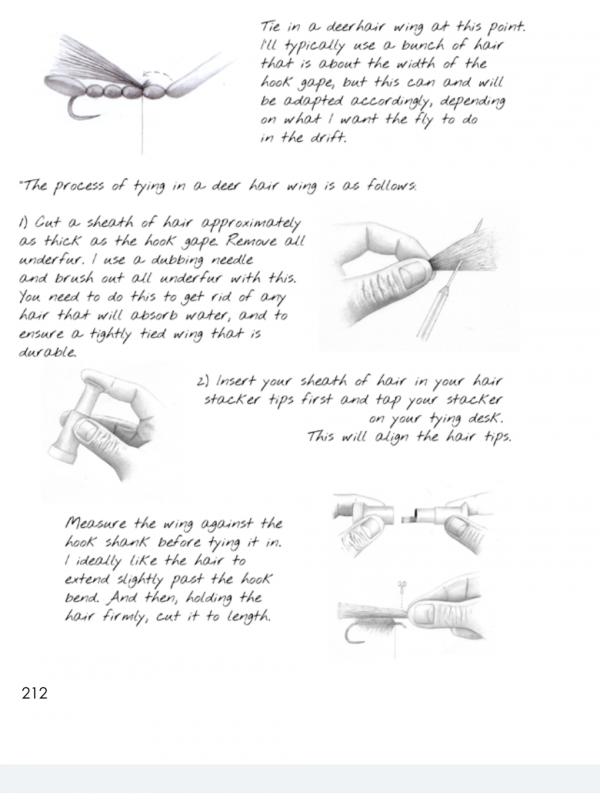 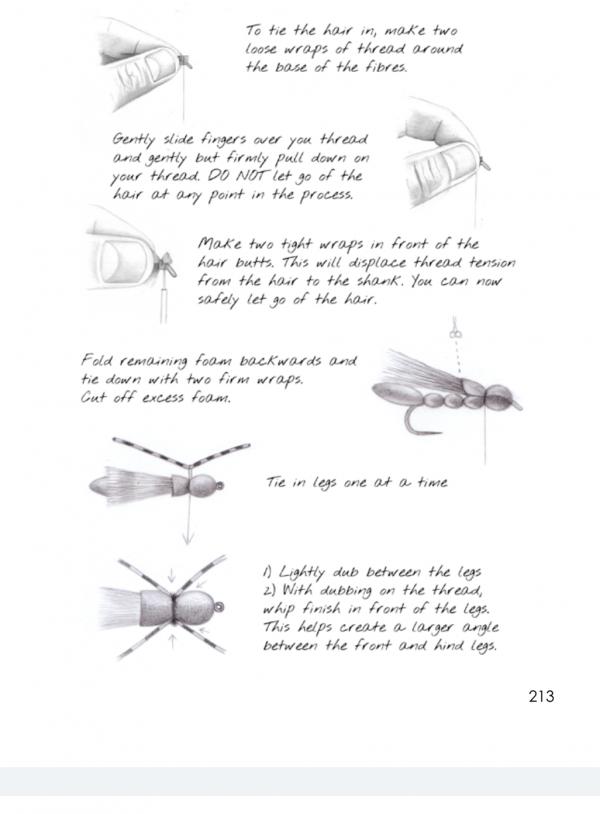