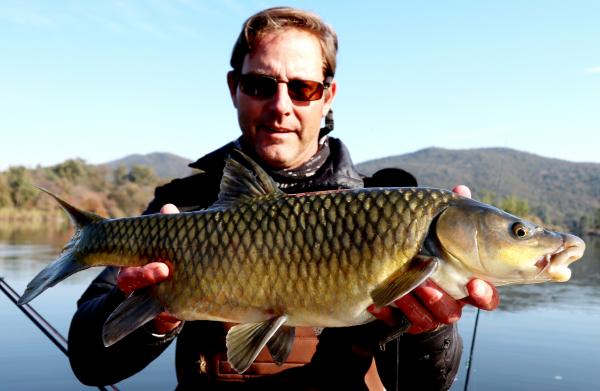 I think early season targeting of smallmouth means different things to different people and there is really no consensus on when the season starts.???

For most it would be when the water temps reach that magical 16C or is it 18C? See what I mean? Smallmouth really feed all year round, it’s just their position in the river that changes. So, let’s then presume that early season is August maybe early September. If you have a look at yellows this past two years their behaviour has been totally different each year. Last year we found yellows in the rapids and in the tail-outs throughout the winter. So, by the time spring arrived there were already good numbers of fish in the rapids. This year we are only a few days away from spring and there is no real sign of the fish being in the rapids on the Vaal at all. It has been the coldest winter in many years and this is probably the reason for the huge difference between the two years.

This time of year for me is the most exciting time to target smallmouth. It’s a good time to get out on the boat into the pools and look for smallies sipping or splashing on the surface as they eat mayfly hatches or other insects. Normally you will find them close to the tail-outs at the entrance of a pool. They sometimes don’t give their position away and a feeding fish looks just like a small insect breaking through the surface film of the water. What you really want to do is look for a high concentration of fish feeding to increase your chance of being able to present a small dry to them. I like to use a fly that is very similar to an F fly, but an Adams in small sizes is also a popular choice, it’s also a good time to experiment with all you other CDC variations.

Sometimes you might be able to see big fish sitting just under the surface waiting for a tasty morsel to drift past. Casting slightly upstream to these fish without spooking them is a good way to target them. Positioning yourself to fish directly upstream or fishing downstream to a fish to limit drag could be the difference between getting takes or not getting takes at all. It is also a good time particularly if the fish are shy to eat your fly off the surface, to put a small natural PTN or natural hare’s ear on as a dropper fly.

This time of year just before the fish move into rapids can also be a good time to pull out the MSP and woolly buggers and cast them in the pools and maybe swing them in the tail-outs and deeper water. It’s a way of targeting those really big fish that you seldom get in the rapids. I often swing a team of three flies at this time of the year. You never know, you might even hook a largie. If the fish are sitting just below the rapids you can swing a small team of natural looking nymphs or black flashback nymphs. Last season we caught a lot of fish swinging those naturals and just holding them in the current until a fish just out of wading depth came along and smashed the flies hard. This method works particularly well in the late afternoon. Early season fishing is often best in the afternoon when the water warms a little bit more, making it more suitable for the fish to move into the shallows to feed.

For most people early season means when the yellows actually move into the rapids to feed and you can target them in wadeable water. You will find the big fish move into the rapids first. The smaller fish are a bit more sluggish because they are affected more by the cold than the bigger fish that still has to eat to maintain his body size. This makes for a good time to get that PB.  Unfortunately, if you’re going to wait for the first rains or the temperature to reach 18C you will probably be oblivious of this fantastic opportunity to get that big ones. Those big fish often hold behind a rock or sit next to a riverbank and hold in water fractionally deeper than the rest. These fish are still sluggish in their feeding approach and you need to pay particular attention to your bite detection and on striking, strike and hold for a second or two to see if your line moves before pulling hard on your flies to dislodge them from what you might think is a rock. I have landed many a big fish at this time of year that just sits and doesn’t actually make an attempt to move off once you have set the hook. I am not sure if the cold numbs the senses or they just don’t want to waste the energy, but they just sit in the current barely moving and I guarantee you that many a big fish has been pulled off as if it was stuck on a rock without the angler even knowing that he had a very big fish on.

The early season for me means that the flies need to be smaller and because the water is clearer, you will often see that I prefer to fish further away from my body in an attempt to spook fewer fish and also to avoid being seen by a fish. This time of year often lends itself well to Euro nymphing techniques over Czech nymphing techniques. Euro nymphing being a far more subtle way of targeting yellows. Although it is a good time to fish that lighter line because of the clear water just remember fish in the cooler, clearer water of early season are inclined to fight much harder than in warmer dirty water. I am often asked why this is so? Well, for one warm water has less oxygen in it, but also I often ask, “how fast would you run in the dark?”

Not only do the early season fish hold in the slightly deeper water of the rapids but in a long rapid set you will find that they are often in an area close to a pool where they can easily move into and out of the rapid. Only once the season is in full swing do they start moving further into the rapid and even stay in the rapid through the colder hours of the day.

As you can see the reason I like this time of year is because it lends itself well to be able to fish different and exciting techniques and the challenges of fishing clear water is also a bonus. For those of you who think early season is when the rain comes , you have missed out on the best of it and your early season is going to be spawning season, the one and only time you shouldn’t be fishing. This is a time when anglers flock to the river. Some anglers fish in the spawning fish and some fish below the spawning fish. Guys, these fish have enough challenges in life like pollution and gill netting. Leave them alone and don’t be fooled that the ones in the deep water behind them that you can’t see aren’t also spawning. It’s the substrate on the bottom that determines where they spawn not the depth of the water. There are also fish spawning in that deeper water, don’t fool yourself.

Happy fishing and get out there now and catch some fish. 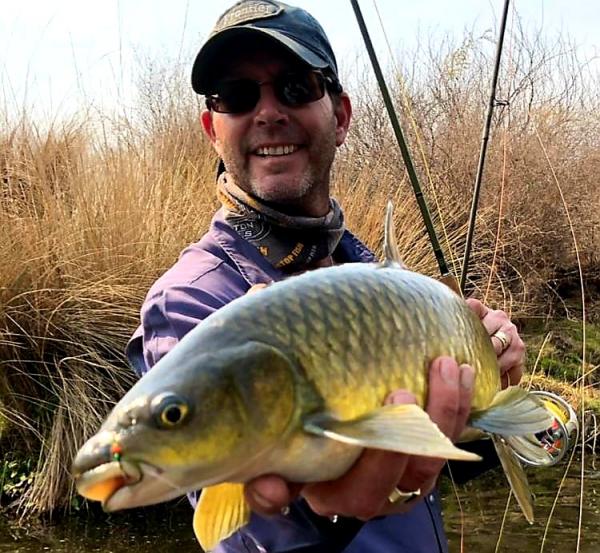