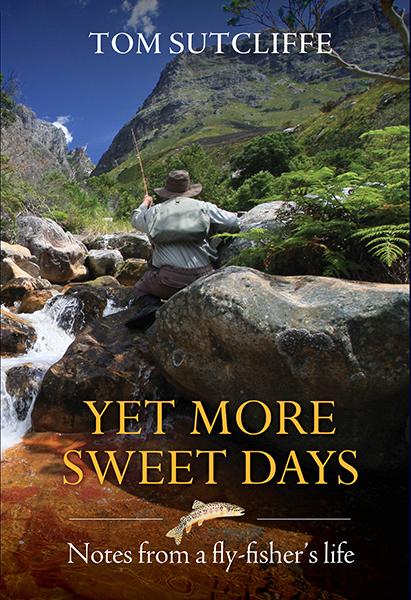 Tom Sutcliffe, president of FOSAF and one of the great fly-fishing story tellers and artists has produced another classic.

It was more than three years in preparation, and it is certainly worth the wait. Tom takes you from the clear kloof-bound Western Cape streams to the highlands of the Eastern Cape and then on to the foothills of the Drakensberg. There is a trip to Iceland  for salmon, a return to the chalk streams of England plus a section on the subtleties of Tenkara fishing.

Open the book at any of its 470 pages and you are instantly immersed and Tom’s great gift is to describe fishing landscapes exactly as you experienced them.

I fished the upper Coldbrook stream alone one morning on the beat on Theuns Botha’s farm which starts under a buttress of tall, ochre-coloured cliffs that stretch for a few hundred metres. The bottom of the cliffs is made up of regular sandstone overhangs, but above the sandstone layers the cliffs are beautifully crenulated with long apricot-coloured spires flecked with grey lichen. The whole effect is remarkably beautiful, the kind of backdrop fly fishing photographers are drawn to like a magnet.

His chapter on small streams brilliantly articulates and evokes their beguiling allure:

The charm of small streams is not locked in their grandness of scale, but rather in their diminutiveness; not in any celebration of the size of their trout, because they are mainly small, but with the caveat that small trout are every bit as beautiful and just as difficult to fool. I suspect what draws us anglers to small streams is the chance to introduce minimalism, delicacy and even a kind of poetry into the usual subterfuges that make up fly fishing.

For fly tyers the Trout Flies chapter provides much food for thought. While acknowledging the benefit that competitive fly fishing has provided in accelerating the development of tactics and tackle, his assessment of current sinking fly design will resonate with an earlier generation of trout anglers:

I now look at competition-style nymphs and have difficulty in telling one from another; they all look so similar or play such minor variations on what appear to be extremely common themes that they are lost on me. The recently-acclaimed Perdigon Nymph, a Spanish development for the heavily fished and fast-flowing streams of the Pyrenees, is a case in point. It looks more like a brightly coloured well-sucked cough drop than a buggy nymph

What comes through in the Stillwaters chapter is not so much the energy-sapping cold of fishing the Eastern Cape dams at Dordrecht and Molteno in midwinter, but the warmth of the camaraderie experienced in sharing these waters with friends of many years’ standing. It is a constant theme through the book.

This chapter provides a useful overview of the evolution of dam fishing flies and tactics to which Tom has made a stellar contribution for more than half a century.

What a wonderful midwinter read for those waiting for the approach of spring.

The recommended retail price is R320. If you want a personalised copy you can buy directly from Tom (sutcliffe@mweb.co.za) otherwise you will find it at the major bookstores.

You will not be disappointed. 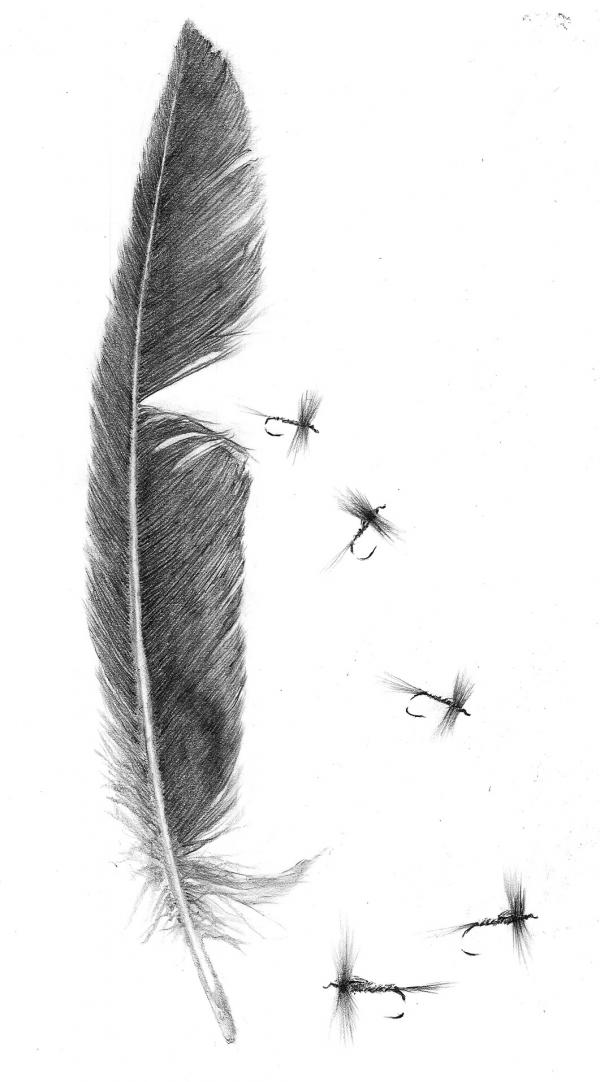 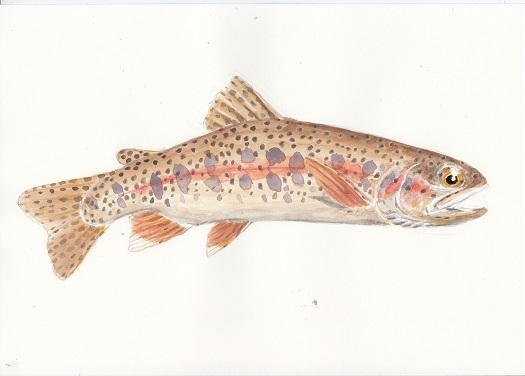 A few of the many delightful drawings in the book.