It is with sense of regret that I announce the news that Liz and Stuart Tough have resigned as the FOSAF Secretariat.

They have been the backbone of FOSAF for the last 23 years running the administration of FOSAF.  Their many task and duties included dealing with the FOSAF membership issues including renewals and communication with new members, liaison with the magazine and lucky draw prizes as well as producing the Tippet, financial management and payments. Apart from running the administration so effectively, they have also demonstrated excellent organising skills in looking after the logistics and communication for AGMs and the Executive Committee meetings and communication between EXCO members. This was indeed not an easy job, as they have had to deal with individual members scattered across the country as well as Chapter Committees situated in each region.

Stuart and Liz have decided to relocate to the Cape and hence the reason for their resignation. We have all developed close relationships with these stalwarts of flyfishing over the years and we are indeed going to miss their efficiency and commitment.

We would like to thank Stuart and Liz sincerely for having looked after the FOSAF administration so well for such an extended period. It is my privilege to express our very great appreciation and admiration on behalf of all of us at FOSAF as well as other members of the flyfishing community for all they have done over the years.  We wish them well and everything of the best in this next chapter of their lives.

I am also pleased to announce that the FOSAF Secretariat has been transferred to Bronwyn Konigkramer who is based in Pietermaritzburg and may be contacted on:

FOSAF’s Banking details will remain the same for the time being. 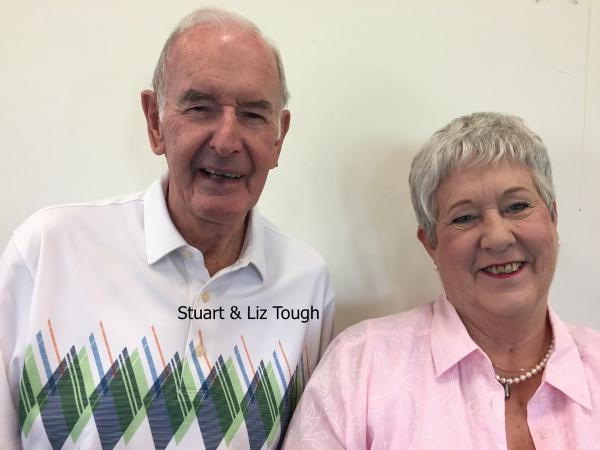