FOSAF NEWS - FOSAF AGM to be held at the Dullstroom Inn starting at 17h30 on Friday 26 April.

At this meeting regional chairmen from the Northern provinces, KZN, Eastern and Western Cape will give reports on their regions and the many challenges they face including sourcing trout for stocking, mining, pollution (especially the Vaal) and recruiting new members.

Also, on the agenda will be the forthcoming court case where FOSAF are preparing to take the Department of Environmental Affairs to court regarding the draft NEMBA AIS lists and regulations. In addition, the national chairman, Ilan Lax, will discuss the draft Aquaculture Development Bill which if not amended will be very damaging to the trout industry and in fact the whole aquaculture industry.

Included in the FOSAF delegation will be the editors from the 2 leading flyfishing magazines, SA Flyfishing and the Mission.

We would love to hear what flyfishers think, even if you are not a FOSAF member, about some of the important issues affecting your interests and thus we urge you to attend. 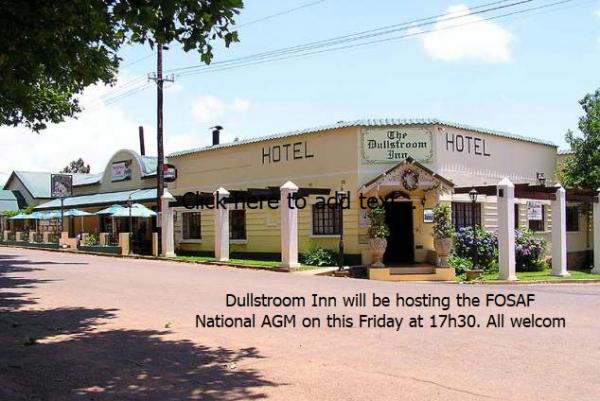