At the last FOSAF EC AGM in November, Brian Clark stood down as Chairman of the EC Chapter after

4 years at the helm. Martin von Holdt has taken over from Brian, being duly elected at the AGM.

Brian will remain on the Committee as Vice Chairman. Martin is the eldest son of the late and well

known Brian von Holdt who before his passing chaired this chapter for many years. Together with

popularising fly fishing, especially for trout, in the Eastern Cape.

Martin von Holdt, who matriculated at Grey High and graduated as an engineer at UPE lives in East London

where he runs his own business, Greener Solutions, which specialises in greenhouse and hydroponic projects

and green house consulting services. He has a formidable task ahead of him as the Eastern Cape chapter

covers a huge area which includes Molteno, the North Eastern highlands and Umtata and through to

Stutterheim, Winterberg and Port Elizabeth in the south west. Much of the fishing is in the hands 7 clubs of

area. Regarding trout fishing in the many high altitude dams, this is totally dependent on a limited

number of hatcheries which are nearly all at some distance from these waters. For all these reasons

fishing in the province. You may contact Martin at martin@greenersolutions.co.za 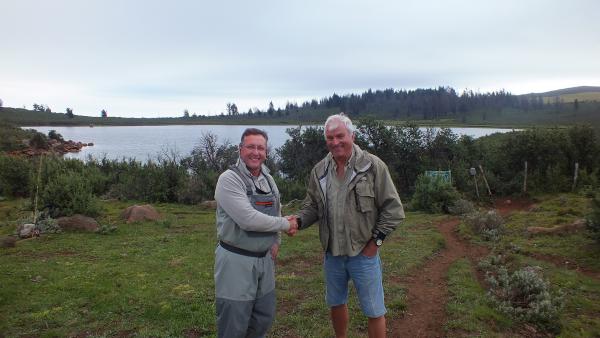