Xplorer Fly Fishing are getting behind the 2016 DFFA BONANZA in a big way once again. Xplorer’s John Geils commented “This is now the 5th year that we have supported the BONANZA as Principal Sponsor. Dullstroom Fly Fishers Association have done a really good job of building this event from a small club competition to one of the principal attractions on the fly fishing calendar. It’s a great fly fishing event, but what we really like is that the focus of the Club and the event extends beyond the competition itself and supports the development of fly fishing …… as well as raising funds for the local needy.”

The BONANZA is being held in and around Dullstroom from Friday, September 30, to Sunday, October 2, 2016, with registration being held on the evening of Thursday, September 29. The event is a skills-based competition for teams of 4, fished on a catch-and-release basis, over 5 sessions, on 14 or 15 dams ….. many of which are private or premium waters not normally accessible to the public. Sponsored prizes totaled more than R 200,000 in 2015 and are awarded not only to the usual top teams, best angler, biggest fish etc, but to the leading ladies, juniors, best-dressed teams, and of course the much sought after “True Grit” award which goes to the angler demonstrating true fly fishing ethics and good spirit!

The cost of entry in 2016 is R 1,800 per angler (R 900 for juniors), which represents outstanding value for the package of fishing and supporting entertainment – and all proceeds are donated to the local registered charitable organisation, Helping Hands. In 2015, the event provided R 70,000 for much needed causes in Dullstroom and Sakhelwe.  According to the Event Coordinator, DFFA’s Alan Hatton, “Cumulative donations since 2011 have totalled R 266,000 and all of this has been used to help the very young, the aged, disadvantaged learners, and of course the residents of our local Epilepsy Centre …… such is the good work of the ladies of Helping Hands. And none of this would be possible without the extensive support of our major sponsors, principally Xplorer Fly Fishing, but also the co-sponsors Zero Appliances and SecureTech (4x4 Recovery & Tie Down Equipment), and for the first time in 2016 a new outfitting sponsor - Dunkeld Country and Equestrian Estate.”

The event is limited to 100 anglers and first right of entry goes to previous year’s participants - the Club is expecting that most of these teams will re-enter but will put new entrants on a waiting list that will be opened on May 1, 2016.  If you are interested in competing as a team or individual in the event, or sponsoring a prize or two, then please contact Peter St Clair on 082 853 6983 or peter.stclair@vodamail.co.za

Please address all media enquiries to Alan Hatton - 073 478 3317 or info@dullstroomflyfishers.co.za 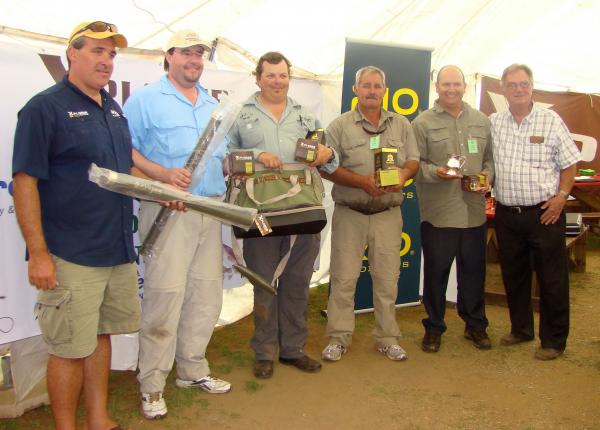