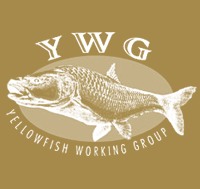 Jeremy Shelton reports that there is a lot in the pipeline but nothing major to report at this moment. The next two news-worthy items will be (1) the fourth episode of the web series and (2) an article published by National Geographic online about the project. He expects both to be complete by the end of the month so we will keep you posted.

Perhaps the most significant news at the moment is the unusually high winter rainfall in the Western Cape. A series of cold fronts have resulted in the Doring and several of its tributaries coming down in flood. Some rivers are flowing for the first time in years. These floods perform an important role in shaping river ecosystems in that they clean our river channels, mobilise nutrient rich sediments and transport sediments to the coast. This also bodes well for the sandfish which rely on good winter flows to trigger their spawning migration up tributaries like the Biedouw in spring in a few months' time.

Dr Warwick Sauer of Rhodes University states that although the project ended in December last year discussions regarding three models are still being held with Northern Cape government. These discussions include how much the NC government are willing to contribute financially. When this is completed the information will go back to the advisory committee who will have to consider what works best both economically and for the protection of the various species.

Chris reported that the Department of Water and Sanitation, headed by Minister Sisulu, has recently under Section 63 removed the Emfuleni Local Municipality from controlling the Vaal River sewage programme. In its place, Rand Water will be responsible for the whole project. This follows previous unsuccessful delegation of these responsibilities to the SA Army and ERWAT. Action by the DWS has certainly been spurred on by the efforts of SAVE and FOSAF NR (Northern Region) in these matters. FOSAF NR’s and SAVE’s testifying at the SA Human Rights Council Commission definitely made a positive impact into getting action against ongoing Vaal River pollution and its effect on the community, fish and the aquatic environment. 19 million of SA’s population depend on the mid-Vaal area for their water. Corruption, ineptitude and callous disregard by local municipalities and provincial and national government means there has been since 2012 a total of approximately R10 billion of taxpayers’ money ‘irregularly spent’ with no-one having yet been held responsible and accountable. Only about R1 billion of this has been recovered during the past ten years. SAVE will have their long-anticipated court action in early 2022 with cases against several prominent government ministers and officials as well as against the DWS, provincial government and local municipalities. In the FOSAF Northern Region satellite communities, several municipalities have been placed under administration, and their water and sewage matters taken over by private enterprise and funded by the local communities. To date without exception these have had an immediate positive effect on the quality of life and of environment in these areas. The inferences that can be made from this are obvious. Chris also pointed out that there was a mounting groundswell amongst the public against the authorities in pollution-affected areas.

It has been several years since we last reported on this rehabilitation project in the Cederberg and according to Dr Josephine Pegg SAIAB the project has been successfully concluded.

Work has been undertaken by PhD student Casey Broome who reports as follows: The fish barrier erected in the lower Rondegat River is intact and appears to be functional. Monitoring of the river for changes in native fish populations and presence of non-native fish species has been ongoing from 2012 to 2020. No non-native fish have been recorded above the fish exclusion barrier in snorkel, electrofishing or underwater video monitoring surveys since the second Rotenone application in 2013. The most recent checks have been underwater video surveys in October 2019 and a snorkel survey in February 2020.

You may find all the articles relating to this project by clicking here.